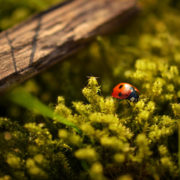 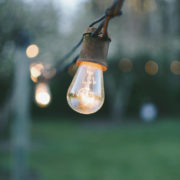 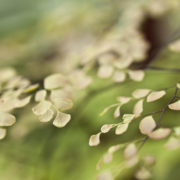 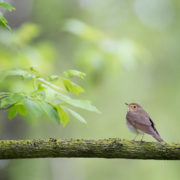 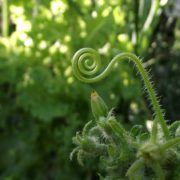 Spring is one of the four conventional temperate seasons, following winter and preceding summer. There are various technical definitions of spring, but local usage of the term varies according to local climate, cultures and customs. When it is spring in the Northern Hemisphere, it will be autumn in the Southern Hemisphere and vice versa. At the spring equinox, days are approximately 12 hours long with day length increasing as the season progresses.

Spring and “springtime” refer to the season, and also to ideas of rebirth, rejuvenation, renewal, resurrection and regrowth. Subtropical and tropical areas have climates better described in terms of other seasons, e.g. dry or wet, monsoonal or cyclonic. Often, cultures have locally defined names for seasons which have little equivalence to the terms originating in Europe.

During spring, the axis of the Earth is increasing its tilt relative to the Sun, and the length of daylight rapidly increases for the relevant hemisphere. The hemisphere begins to warm significantly causing new plant growth to “spring forth,” giving the season its name. Snow, if a normal part of winter, begins to melt, and streams swell with runoff. Frosts, if a normal part of winter, become less severe. In climates that have no snow and rare frosts, the air and ground temperatures increase more rapidly. Many flowering plants bloom this time of year, in a long succession sometimes beginning when snow is still on the ground, continuing into early summer.[citation needed] In normally snowless areas, “spring” may begin as early as February (Northern Hemisphere) heralded by the blooming of deciduous magnolias, cherries and quince, or August (Southern Hemisphere) in the same way.[citation needed] Many temperate areas have a dry spring, and wet autumn (fall), which brings about flowering in this season more consistent with the need for water as well as warmth. Subarctic areas may not experience “spring” at all until May.

While spring is a result of the warmth caused by the changing orientation of the Earth’s axis relative to the Sun, the weather in many parts of the world is overlain by events which appear very erratic taken on a yearly basis. The rainfall in spring (or any season) follows trends more related to longer cycles or events created by ocean currents and ocean temperatures. Good and well-researched examples are the El Niño effect and the Southern Oscillation Index.

Unstable weather may more often occur during spring, when warm air begins on occasions to invade from lower latitudes, while cold air is still pushing on occasions from the Polar regions. Flooding is also most common in and near mountainous areas during this time of year because of snowmelt, accelerated by warm rains. In the United States, Tornado Alley is most active this time of year, especially since the Rocky Mountains prevent the surging hot and cold air masses from spreading eastward and instead force them into direct conflict. Besides tornadoes, supercell thunderstorms can also produce dangerously large hail and very high winds, for which a severe thunderstorm warning or tornado warning is usually issued. Even more so than in winter, the jet streams play an important role in unstable and severe weather in the springtime in the Northern Hemisphere.

"Tendril" is an easy to use WordPress theme that looks great! Add your intro here.